What if we had the chance to re-invent Cyprus? What dreams and what opportunities could appear for this island? What would future development of Cyprus be about?

Would we keep or eliminate the border? What would happen if finally the last divisive fence on European ground disappeared? Would Greek Cypriot development take over the Island and destroy the smallness and simplicity, thus beauty of the North? What futures could we imagine when keeping the border? How could we support and design inequality, thus separation and difference? Could we create an island with three different but strong faces?

The aim of this workshop focused on scenario planning for The Tri-Colore… The North, the South and the UN Buffer Zone. Three different spatial models, three different typologies, three different life styles. In this excercise we aimed to discover and envision many plausible but striking futures for Cyprus to come.

Selection of these visions was presented at the University of Cyprus (Nicosia) in April 2010 as well as during the London Festival of Architecture in summer 2010. 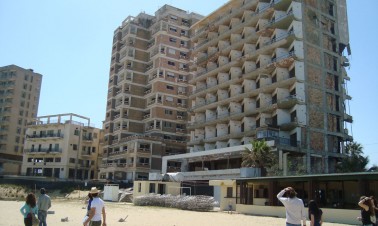 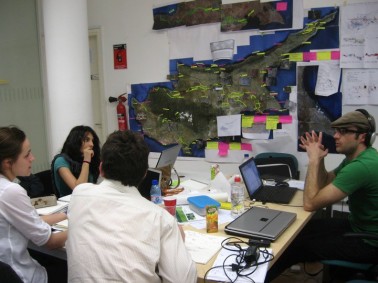