The Village Maker was a systematic attempt to explore abundant possibilities of exciting, vigorous, community-base urban villages that are structurally safe, economically feasible and sustainable. This Masterclass/ MSc2 Workshop was staged at the Berlage Institute Rotterdam between 3 and 12 June 2010. It resulted in 36x 1:100 models and a study on the software ‘Village Maker’. Multiple experts and tutors worked together with the participants to set the parameters: from structure, climate, energy, access, collectivity, and costefficiency.

In the workshop, the challenge of evolutionary vertical urbanism was tested with a game-like set up. Six groups worked for six days on a plot of 50 x 50 metres, arranging pixilated housing units in an optimized spatial configuration. The designs were build in physical models, scale 1/100. Each group aimed at optimizing one parameter: Access, Energy, Economy, Structure, Climate, Community. Within one day, each group planned 200 units, simulating the growth of a village over the course of two to three years. The next day, the models were rotated and each group added 200 more units to the previous design. The spatial challenges were translated into rules and guidelines, forming the base of an planning software.

The program started with an opening conference, mid- and final reviews, and ended in a post-production that will result in an exhibition at the Museum of Tomorrow in Taipei and coming T?F publications. From 7 October to 20 December, the Village Maker was exhibited in the Oostserre, BK City, TU Delft 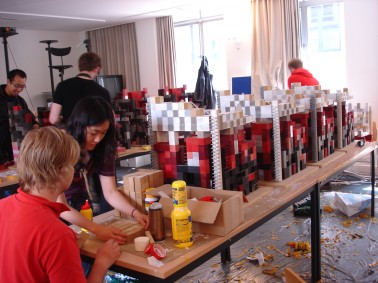 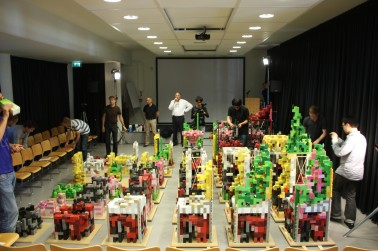 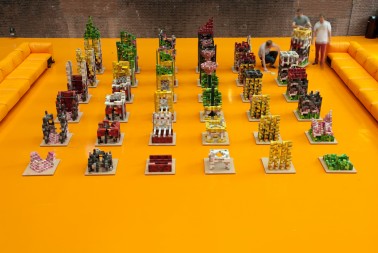