The project focuses on tourism - its relation to economy and rapid expansion that can have adverse negative impacts. Leisure + attempts to turn the negative effects of the development of tourism into a new quality by creating an artificial sea in the Sahara Desert.

By pumping seawater into natural depressions new coastal areas are created. By performing this operation the sea-level rise is relieved by 3 mm per year over a period of 60 years, and over 5.000 km of new beach is created. The newly created coastal planes could not only be used for leisure, but also for production of food, energy, fresh water and facilitation of employment. Multiplication of such seawater buffers on different locations in the world could lead to a further decrease of the sea level. 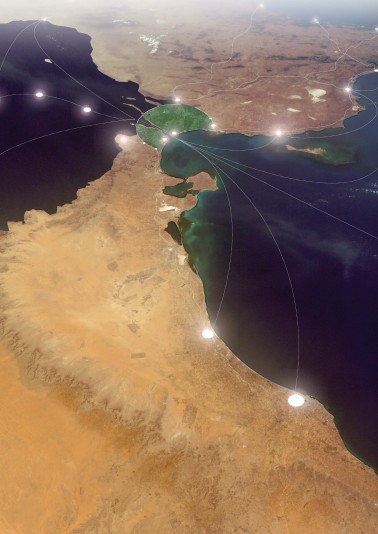