'Green Dream & Visionary Cities' exhibition will be shown at the Erasmus Huis in Jakarta for the next three months. It will be officially opened on the 4th of November and remain on display until mid January 2012. The exhibition will present two of the first projects from the 'Future Cities series' by The Why Factory.

The exhibition will be accompanied by a ‘Green Talk’ debate on November 15 with Winy Maas, Ridwan Kamil, Avianti Armand and Imelda Akmal. This public event aims to bring visionary thinkers in architecture and urbanism together to discuss about the state of green in the world today. – There is confusion about what green means for design, architecture and urbanism. Winy Maas in the well-acclaimed book Green Dream (NAi publisher, 2010) asserts that green projects are still disconnected efforts which fail to attain the scale of the interventions that are actually called for. Green is fashionable, but its design potentials remain unexplored. The discussion will comment on green urban projects and observations of the future. It will address questions related to the feasibility of green cities and the importance of their performance. 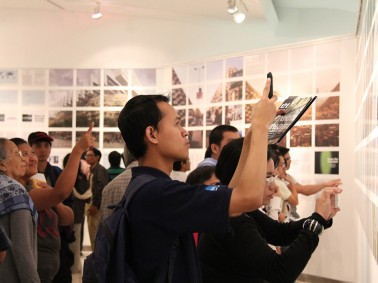