The Why Factory dares to wonder.

At the beginning of the 21st century, most celebrated examples of architecture are unavoidably spectacular. Unthinkable cantilevers, rotating towers, gigantic cupolas and exuberant shapes are features without which the contemporary building will hardly be registered in the skyline or the media. Unequivocally, the buildings getting attention are the iconic ones. Never before has architecture tried so hard to amaze. But are these icons true celebrations of human achievements?

Taking a critical stance towards the global production of the spectacular, The Why Factory investigates the future of amazement in architecture. What constitutes a ‘world wonder’ today? How can we provoke wonder and what can we wonder about, now that almost nothing is impossible in architecture? This project contemplates the wonders of the ancient and modern world, and innocently explores new questions and their fantastications.

The Pyramids of Giza, the Hanging Gardens of Babylon, the Eiffel Tower and the Millau Viaduct are structures that seem to have a role, as their name implies, on the planetary scale. They are somehow valuable for many. We love them. Maybe they can be seen as the most sustainable buildings ever made.

It’s a fascinating realm. Don’t all architects, children, politicians, leaders and clients dream of making such a wonder? How to make them then? Don’t we all want to know under what conditions they can appear?

These are buildings that are surrounded by stories, by myths. Of impossible, heroic works. Of superlative scales. Of insane clients.These buildings make us wonder. And they make us think. They impress us and thus somehow guide us. They relativize our daily lives and efforts and put them into perspective, and maybe that is how they can comfort us.They have something that goes beyond our initial imagination. They enter into the zone of myths themselves and, ultimately, divinity.They are a sign of the times.

Building activities might be limited in economically vulnerable, uncertain and nervous times,, and repurposing might be the only useful activity left. Perhaps some small structures are being built here and there, but in times such as these everything seems to focus on survival and shrinkage. And in times such as these, when slums all over the planet are actually growing and the chasm between rich and poor is growing ever larger, thinking big seems to be an insane taboo. Are we still allowed to dream about wonders? Are we still allowed to make world wonders?

Of course we are.

Any world problem deserves a solution, but a platform can be useful. Maybe a world wonder is revived when it tackles these problems. It can create a new agenda for architectural agendas. Food producers, energy generators, poverty eradicators, climatizers [??? climate modifiers?] – these could be the new world wonders. And the drive to be the best is existential. Isn’t there always a hidden desire or drive to ‘surpass’ the past as a means of achieving visibility, in an ongoing Darwinistic battle for superlatives? As in sports, the drive to beat the highest, the longest, the smallest, the nicest and the best is always present, also (or maybe even especially) in unexpected situations, due to unexpected demands. The eagerness to exploit and know the unknown seem to be supremely human. Aren’t there always clients and institutions that strive for the unknown? Isn’t there always a place for curiosity? Aren’t there always necessities which demand innovations that at first glance seem insane?

Let’s explore this world of wonders and wonderment. Let’s examine current classifications. And let’s wonder about new categories. Let’s speculate through the eyes of architecture students about the possible fields that can push us towards the realization of new world wonders, of exemplary wonderful projects. Let’s create a new landscape of wonders…

This landscape of world wonders is based on The Why Factory’s MSc 2 studios at Delft University of Technology in 2008 and 2009.

The findings of this project will be published in the upcoming publication We Want World Wonders is the seventh book in The Why Factory’s Future Cities series, after The Why Factor(y) and The Future City, Visionary Cities, Green Dream, Vertical Village, Hong Kong Fantasies and City Shock. The book is made possible thanks to the generous support of the New7Wonders Foundation in Zurich. 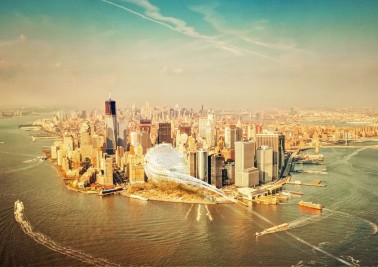 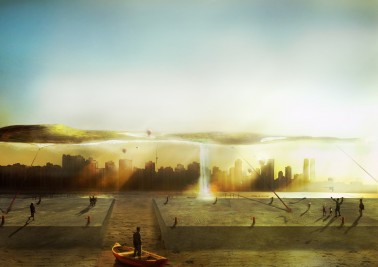 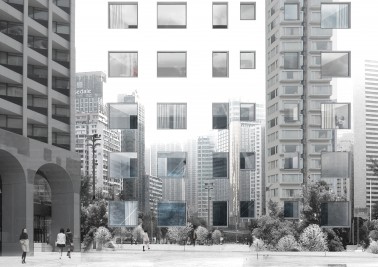