SoftWall is a research project developed by The Why Factory in collaboration with KTH Stockholm, in the frame of an EIT ICT labs project.

Through a series of experimentation, we have been exploring felt qualities for the development of an open system embedded in our architectural environment. The research focus on the development of a physical, interactive, prototypes onto which anyone could upload commands for different behaviors. These commands, are explorations on new ways of remote, multi-user communications.

The possibility of commands becomes endless. Some examples are: motion tracking making the prototype react to users movements; sound tracking with which the prototype identifies spatially who is speaking; pattern behaviors, which make the prototype move and react to different frequencies and physiological properties; projection techniques, which makes the prototype act as a smart screen. Smart felt research project is focusing on the development of a prototype, towards products definition and their possible applications in offices. The research is based on the construction an open platform, extending a tree of experiments, based on a hands on, learning by making approach.

Exploring the idea of mediated presence, the research is focusing on the idea of interactions, presence, awareness, cognition, in relation with geometrical patterns and material qualities. 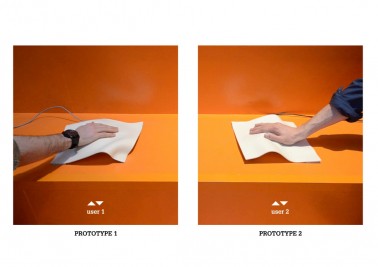 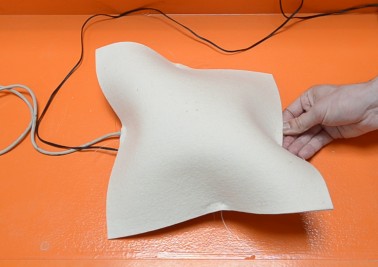 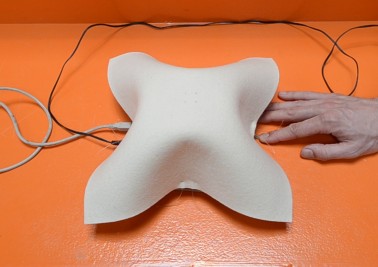