This workshop explores a specific part of Daliana Suryawinata’s ongoing PhD-by-design research ‘Austeria: A World Without Waste.’ The underlying hypothesis is that: it is possible to consume less, while maintaining a high standard of living. The workshop wanted to test how far could freedom and playfulness be present in such a city with strict consumption rules.

We based the proposals on 6 consumption sectors: energy, water, land, money, waste and time, and created a rule of 1XXS + 2 XS + 3 S where the most strict consumption must be made on 1 sector, little consumption to be made on 2 sectors, and for the 3 sectors the consumption can be made on a relatively low level but not too strict.

There were five proposals as a result of this workshop: The Animal City, Shared City, Zero Waste City, Snail City and Leisure City. 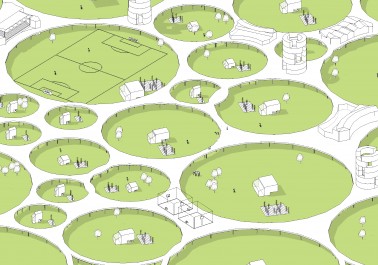