Ulf Hackauf, Pirjo Haikola and Gonzalo Rivas of The Why Factory received an honorable mention in the Zumtobel Group Award for Sustainability and Humanity in the Built Environment, Research & Initiative category with the project Sunny Water Lilies. The jury awarded one first prize and four honorable mentions.

The Sunny Water Lilies is a visionary project that celebrates green infrastructure and advocates beauty, scale and usability. It is a proposal for a solar thermal power plant, which floats on water and generates sustainable electricity for coastal towns and cities. It combines large scale technology with aesthetics. Placed in a delicate natural environment, the project illustrates how sustainable energy generation does not have to hide, but how it can even add to the beauty of nature.

The technologies used in the water lilies are tested on smaller scales (the design refers to a household-sized reflector developed by the American inventor Bill Gross) and on larger scales (the Spanish power plant Andasol using solar thermal technology to generate 180 GWh of electricity per year).

The project was developed as a part of the research published in “Green Dream: How Cities Can Outsmart Nature”, NAi Publishers 2010. The Why Factory plans to use the awarded prize to develop the project further and bring it closer to realization.

The presentation ceremony for the 2012 Zumtobel Group Award will be held in Berlin on 16 November 2012. 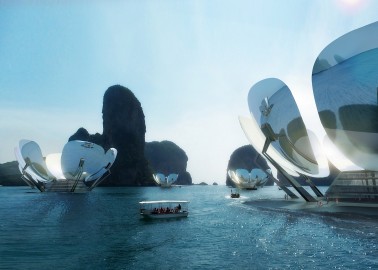 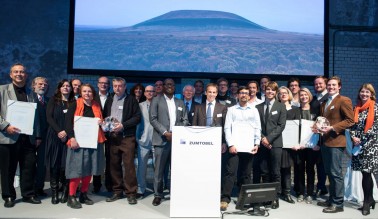