Manifesta has announced a collaboration with MVRDV on an interdisciplinary urban study of Marseille and its metropolitan region as the base for the curatorial framework of Manifesta 13. The study will serve as a platform to develop artistic and cultural interventions during the biennial in 2020.

Manifesta successfully introduced architecture and urban studies to the curatorial process of Manifesta 12 in Palermo as visual instruments to understand and unlock the city and to leave a tangible legacy. Manifesta 13 Marseille will consist of an interdisciplinary program of artistic events broadly focused on the areas of art, urban development, contemporary culture, education, theory, research, and mediation. Manifesta 13 Marseille will take place between 7 June and 1 November 2020.

In Marseille, MVRDV and The Why Factory will work closely with students from TU Delft and other universities in Marseille. The pre-biennial research will be an investigation tool for the next Creative Mediators team and an instrument for the citizens of Marseille to co-create and synergise with the biennial at an early stage.

Winy Maas, co-founder MVRDV and Director of The Why Factory:
‘As an urban planner I imagine to highlight, enlarge and manifest the potentials, necessities and beauties of Marseille. The urban study will support all artists, makers and designers involved, to show, inspire and enlarge its role and specificity within the archipelago of European cities. Thus, enlarging Europe’ s cohabitation and strength.’

Hedwig Fijen, Manifesta Director:
‘With the appointment of Dutch office MVRDV as partners in the research process for M13 in Marseille, we hope to get a better understanding of how to implement the biennial in a more inclusive way into the tissues of the host city, considering ways of working such as co-creation, co-production and collaboration with local universities and associations. We believe that by commissioning an architectural office to develop an urban research project anticipating the biennial, Manifesta reaches beyond specific art communities to facilitate a new social commons, and allows commissioned artists, thinkers and curators to operate both within a framework and with freedom of experiment.’ 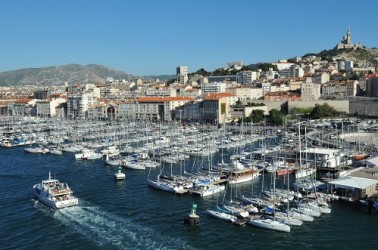