To imagine the future has been regarded in the last decades as a safe step away from the complexity and urgency of our current issues. And yet, it is precisely here in the context of overwhelming realities that the future cannot be neglected anymore. The future as the present show us every day is full of unpredictability, it is full of news that hit the HEADLINES, events that from one day to the other redefine the entire face of a territory, a city, a country or a continent. How good are we able to react to these HEADLINES and to take the most advantage of unforeseen situations in The Netherlands for example? It is not only about following trends, it’s about evaluating new ones, its about reversing others, it’s not even related to trends perhaps.

The Earth Is Leaking

What would happen, if on the whole world the sea levels would drop? What would happen to our cities, beaches and to our borders? Based on this utopian fantasy, the group developed a complex image of a changed world and how this would affect the Netherlands. While Manhattan is enjoying a new Riviera, Venice desperately searches for a new concept for their gondolas. Contradicting explanations are offered: Is the Earth leaking, did the water disappear or has the planet actually just grown bigger? With the waterfronts moving further away, countries grow and new connections form. Holland finds itself at the centre of a new, enlarged continent with an important traffic node at its heart.

Other projects include: ‘Milk Machine’ imagining a society where cows are no longer used and big areas of land are liberated for other uses and ‘Meteoroid hits NL’ investigating the future of NL surrounded by massive craters and a new landscape. 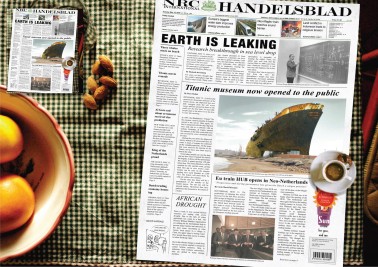 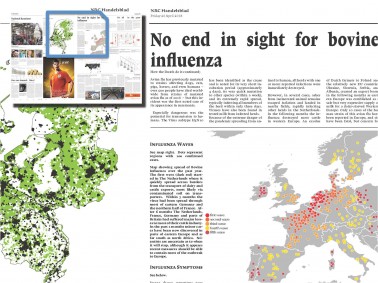